Beijing-Tianjin high-speed railway is a pilot project for Chinese high speed Railway. The 117 km line was built to accommodate trains traveling at a maximum speed of 350 km/h (217 mph) which set the record for the fastest conventional train service in the world by top speed, and reduced travel time between the two largest cities in northern China from 70 to 30 minutes. Siemens, the solution provider of the signaling system, turned to Kyland industrial Ethernet switches to build the network backbone of the entire CTC (Centralized Traffic Control) system. 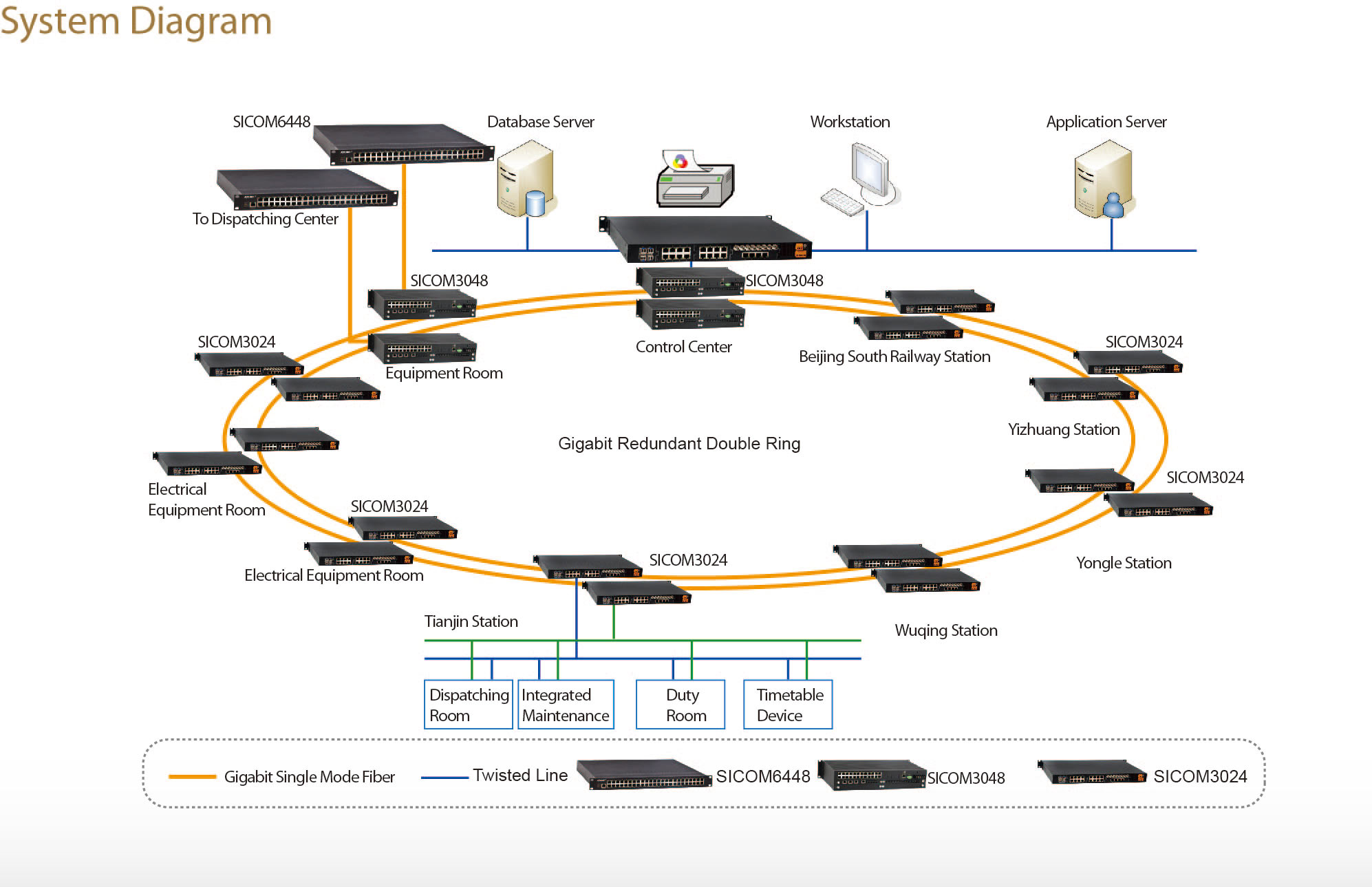 Redundant double ring topology is required to ensure the reliability of the system.
Layer 3 industrial Ethernet switches are required for the connection between CTC system and the dispatching center over the wan.
Project needs modular layer 2 devices to support max 48+4G ports in the control center and equipment rooms.
All the switches support fast recovery Gigabit fiber ring topology and complies with IEC61000

Centralized traffic control (CTC) is a form of railway signaling that centralizes train routing decisions. The system has a centralized train dispatcher's office that controls railroad interlocking and traffic flow CTC territory by using the railway signals to convey the dispatcher's instructions to the trains. The entire system consists of a dispatching center, stations and networking between the dispatching center and stations.

Gigabit Redundant double ring topology is selected to offer a high reliable network backbone where each ring is the backup of the other. There are two industrial Ethernet switches in each station, and they are deployed in the two rings separately. All the data collected locally will be sent to both of the devices so that as soon as the communication in one ring is down, the system will work without interruption. This also ensures that the dispatching instructions will be delivered to the terminals without issue.

Kyland SICOM layer3/2 Gigabit industrial Ethernet switches are selected by Siemens for its fully compliance with the requirements for Railway CTC System including real time performance, high reliability, high security, fast ring recovery, and high EMC level etc. SICOM6448, the layer 3 switch, supports static routing protocol and dynamic routing protocols such as RIP v1/v2, OSPF v2 and BGP v4. It is the best solution for the connection between the system and the dispatching center over the WAN. SICOM3048, the modular Gigabit switch, supports maximum 48+4G ports offering enough ports for all devices located in the control center and equipment rooms. SICOM3024 Gigabit industrial Ethernet switch is deployed in each station and electrical equipment room composing the network backbone together with SICOM3048 and SICOM6448.

Kyland has complete layer3/2 solutions with sufficient number of ports (up to 48 ports) to cover all devices in the network ports and VLAN capability to fulfill the
customer's needs.
SICOM6448 layer 3 industrial Ethernet switch supports static/dynamic routing protocols such as RIP v1/v2, OSPF v2 and BGP v4, and multicast routing protocols
such as PIM-SM, PIM-DM and DVMRP.
Kyland managed industrial Ethernet switches provide a stable and reliable, easy to deploy solution for fast recovery redundant ring.
All Kyland solutions support IEC61000 level4 and -40 to 85°C (-40 to 185°F) operating 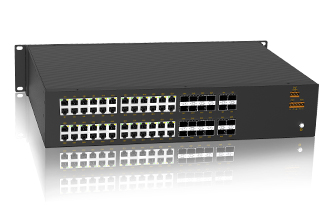