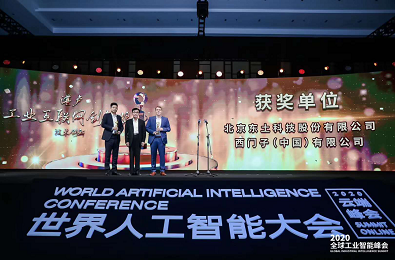 During the conference, committee promulgated the first global industrial intelligence award "Zhan Lu Award" with Forbes China. Kyland stood out from hundreds of well-known enterprises in industrial area and won "Zhan Lu Award" in “technological innovation”. This award is a high recognition of Kyland's R&D strength. It is also another milestone honor after the first prize of “The First China Industrial-Internet Competition” held by the Ministry of Industry and Information Technology in 2019 and “The Single Champion of Manufacturing industry”.

By innovating and establishing standards, Kyland strives to bring the industry together on three levels: by unifying communication protocols, establishing a host platform for control and management software and by setting up a control and computing platform. This will lay the groundwork for the application of software-defined control, remote collaborative manufacturing, 5G and AI in industry everywhere. Through 20 years of research and development work, Kyland has developed the world leading industrial internet operating system Intewell, an all-purpose industrial internet communications chip and software-defined control industry servers. The company has also established four international standards (IEC61158-28 & IEC61784-CP22, IEC61158, IEC62439 and IEEE C37.238) and one national standard for China (GB/T 30094-2013). Of national projects in China, it has completed six tasks under the Core Electronic Devices, High-end Generic Chips and Basic Software Program and three under the 863 Technology Program.

Kyland will promote the integration of industrial automation and information technology, and lead the global new industrial transformation in the future.